This cemetery stands on the line of assault of numerous British and Commonwealth soldiers in the repeated assaults in the village of Guillemont, mid-way between Trones Wood and the village.  The title image shows the open view of the cemetery from the former German strong point at the quarry. 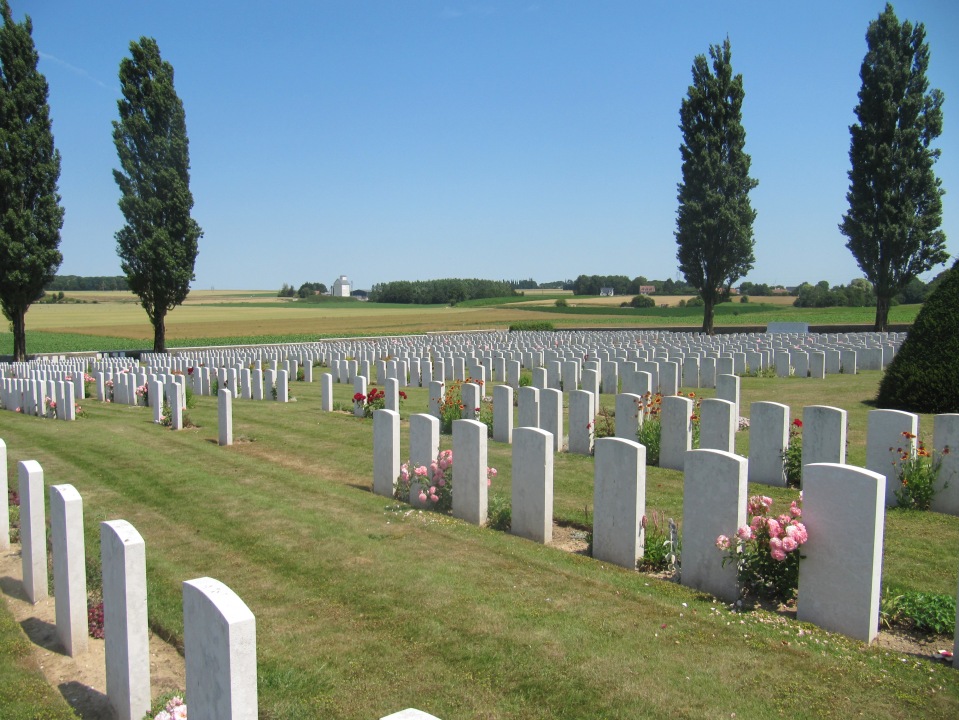 The Grain drier in the former location of Guillemont Station can be seen in the distance.

The 19th Battalion failed in an attack on 23rd July 1916 and the 17th & 18th Battalions past the postion of the cemetery again in their failed advance on 30th July.  The Regiment sustained numorous losses in the fight for Guillemont.  The village fell to the Allied attack on 3rd September 1916.  In the intervening period it had not been safe to clear the dead from the battlefield.  One cannot imagine the devastation, but possibly understand why the British casualties are predominately commemorated at Thiepval, rather then having known graves at Guillemont Road, or other cemeteries.

The Cross of Sacrifice with Trones Wood in the background.

The four Manchester Regiment casualties are:-

There is firm evidence that Private 10464 William Charles 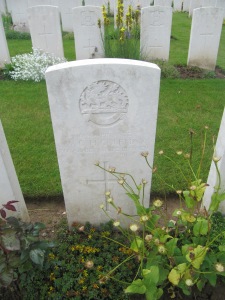 Henry Coleman of 5th Battalion Royal Berkshire Regiment was posted to 17th Battalion when he was killed on 30th July 1916.

In addition to these five identified men who served with the Regiment, there are three unknown Soldiers of the Manchester Regiment.

Although the Cemetery is somewhat distant from the beaten track of many of the ‘highlighlights’ for Somme tours, many visitors arrive at Guillemont Road to see the grave of Raymond Asquith, the son of Prime Minister, Herbert Asquith.  Lieutenant Asquith’s grave affirms the

CWGC spirit that all casualties are treated equally – although I have noted that significantly more officers’ graves were found after hostilities in comparison to Other Ranks.

Guillemont is a village 12 kilometres east of Albert. From the D929 direction Bapaume-Albert take the 2nd turning for Martinpuich, continuing along the D6 for 5 kilometres until the crossroads in the village of Longueval. Follow route D20 direction Guillemont until you leave Guillemont on the D64 direction Montauban. The Cemetery is 500 metres on the right as you leave

Guillemont was an important point in the German defences at the beginning of the Battle of the Somme in July 1916. It was taken by the 2nd Royal Scots Fusiliers on 30 July but the battalion was obliged to fall back, and it was again entered for a short time by the 55th (West Lancashire) Division on 8 August. On 18

August, the village was reached by the 2nd Division, and on 3 September (in the Battle of Guillemont) it was captured and cleared by the 20th (Light) and part of the 16th (Irish) Divisions. It was lost in March 1918 during the German advance, but retaken on 29 August by the 18th and 38th (Welsh) Divisions. The cemetery was begun by fighting units (mainly of the Guards Division) and field ambulances after the Battle of Guillemont, and was closed in March 1917, which it contained 121 burials. It was greatly increased after the Armistice when graves (almost all of July-September 1916) were brought in from the battlefields immediately surrounding the village and certain smaller cemeteries, including:- HARDECOURT FRENCH MILITARY CEMETERY. The 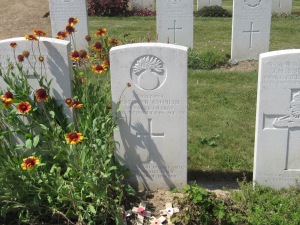 village of Hardecourt-au-Bois was captured by French troops on the 8th July, 1916, and again by the 58th (London) and 12th (Eastern) Divisions on 28 August 1918. Five British Artillerymen were buried by their unit in the French Military Cemetery, in the middle of the village, in September 1916; and in 1918 the 12th Division buried in the same cemetery 14 men of the 9th Royal Fusiliers and two of the 7th Royal Sussex. Guillemont Road Cemetery now contains 2,263 Commonwealth burials and commemorations of the First World War. 1,523 of the burials are unidentified but there

A group of graves for Unknown Soldiers of the Great War. Possibly Manchesters commemorated at Thiepval

are special memorials to eight casualties known or believed to be buried among them. The cemetery was designed by Sir Herbert Baker. 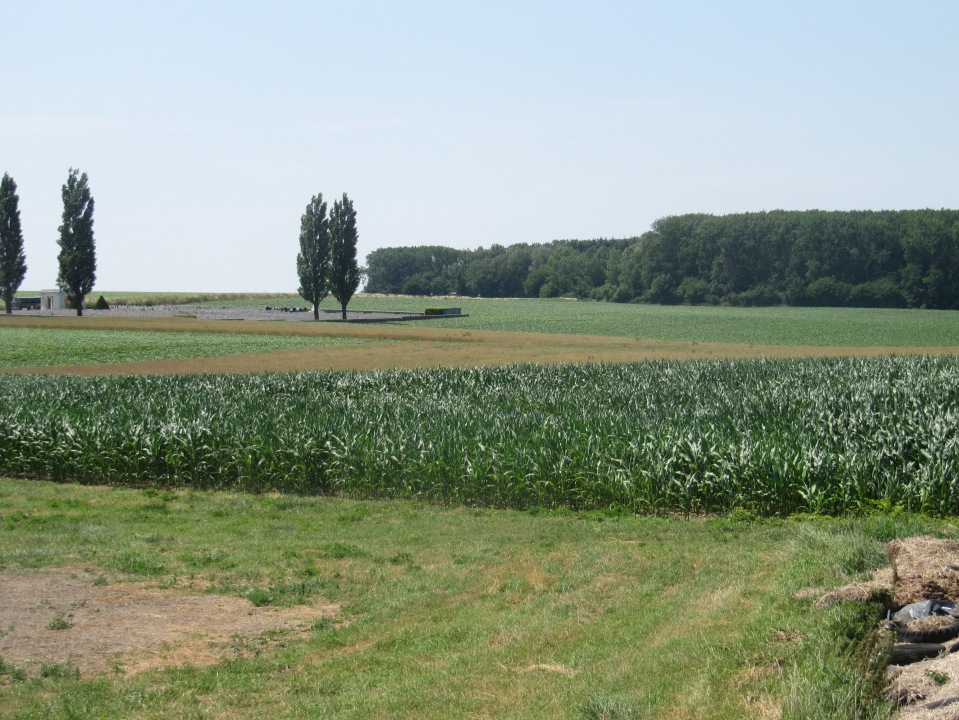