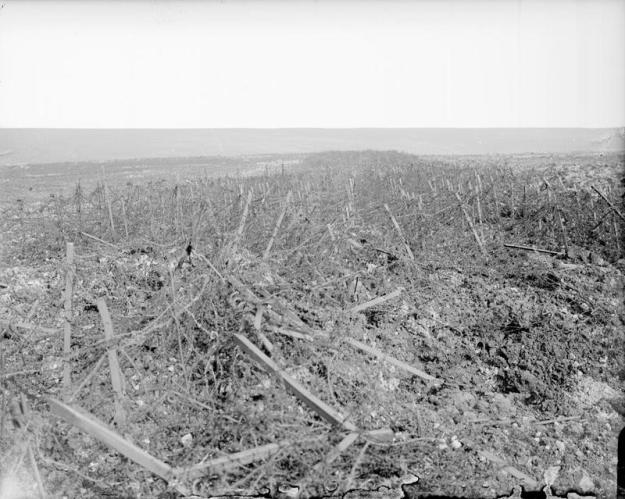 Battles of Arras. Part of the broad wire entanglement in front of the Hindenburg Line. Near Heninel, 3 May 1917.

After the assault at Flers, the Battalion withdrew to Pommern Redoubt.  They then travelled to Bailleulval via Mericourt and Le Souich.  Returning to the front line in early November, the 17th Battalion spent the following two months of 1916 alternating in Bellacourt trenches and billets in Bailleulval with the 2nd Royal Scots Fusiliers.

On 7th January, the Battalion was withdrawn to reserve an Sus St Leger and a month later returned to Pommern. They undertook various fatigues in preparation for next major Allied assault.  In late March, the Battalion took over front line positions near Mercatel.  They then moved progressively forward as the German Army made its tactical withdrawal from the Somme defences to the highly fortified Hindenburg Line near Arras.  They also spent time on fatigues and in reserve at Mercatel.

Adjutant Captain Robert Forbes Mansergh was attached to 90th Brigade Staff on 2 February 1917.  Lieutenant John Duncan received the temporary appointment as Adjutant, confirmed permanent in August.  Captain Mansergh returned to the Battalion for duty on 3 May 1917, taking up alternative duties.

Prior to the Arras offensive, the 17th Battalion returned to the front in late April 1917 and improved the trench system in front of the village of Heninel, facing Cherisy.  IN the early morning of 23rd April, the men moved forward in preparation for the advance.  The Germans carried out a major assault at 9am, and the Manchesters managed to hold their hastily built defences.  A second attack followed at 2pm, and the men maintained their positions – but at huge cost. They were withdrawn to Neuville-Vitasse and then Hericourt. 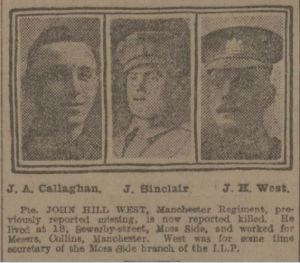 650 men had took part in the offensive at Heninel.  Only 290 remained on duty after the withdrawal. 93 men from the 17th Battalion were killed in action on 23rd April 1917, or died of wounds in Casualty Clearing Stations or French military hospitals by the end of May.

Capt Thomas Cartman, Lt Alan Holt and RSM Henry Coates were each awarded a Military Cross.  Lt Holt was wounded in the neck and injured his knee.  He was captured and held as a Prisoner of War for the remainder of hostilities. 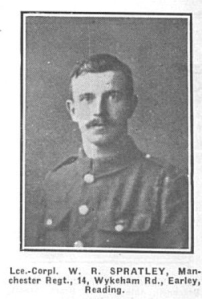 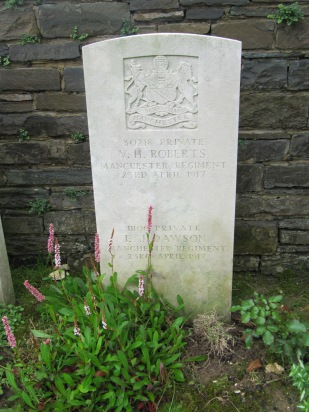 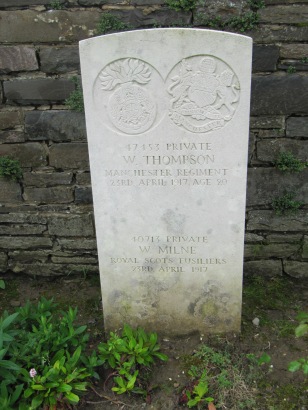