Pte Moran enlisted in 4th City / 19th Bttn on 7th September 1914, aged 29y 4m.  He had been a Painters Assistant and previous member of the Volunteers. Thomas trained in X Platoon of C Company and he was also a member of the 19th Battalion Band.  This indicates that Thomas may also have trained as a stretcher bearer. 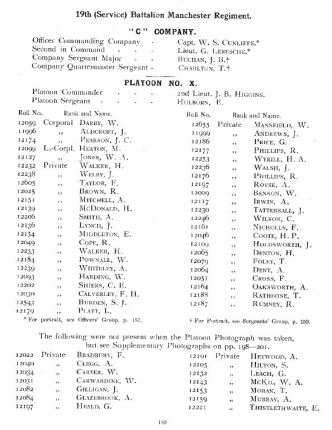 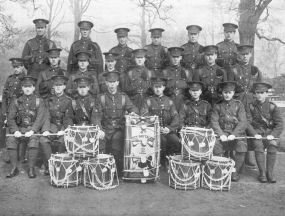 Serving in France from 8th November 1915, Thomas was wounded in the advance to Glatz Redoubt, near Montauban, on the opening day of the Battle of the Somme.  He was evacuated Home on 8th July1916, where he was admitted to Hospital in Lincoln.

Thomas was discharged from 3rd Bttn 12th February 1918, with GSW to Chest and Tuberculosis (TB). He received a Pension for 26 weeks to review for 100% disability for aggravated and attributable to these conditions.

Thomas died on 23rd January1920, aged 34. The Pension Card  and Death Certificate say GSW to Chest and TB as cause of death. Thomas was buried in St Joseph’s (Roman Catholic) Cemetery, Moston, Manchester on 29th January 1920. His grave is unmarked, number 1367. 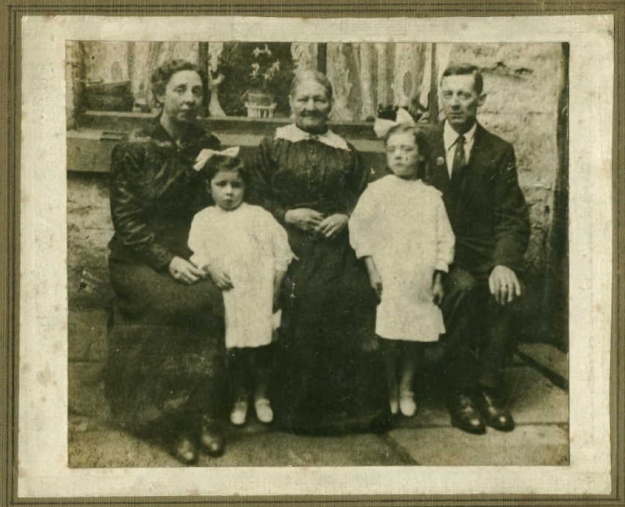 The sad story of the Moran family didn’t end in 1920.  His wife Sarah had contracted TB, while she was nursing her husband and she also succumbed to the disease in 1926. Sarah’s sister Ellen had nursed her through the illness and also died from TB.

Not Forgotten 100 years after his death.

Thanks to Pat Bamford for information on the Moran family and the wonderful photos.