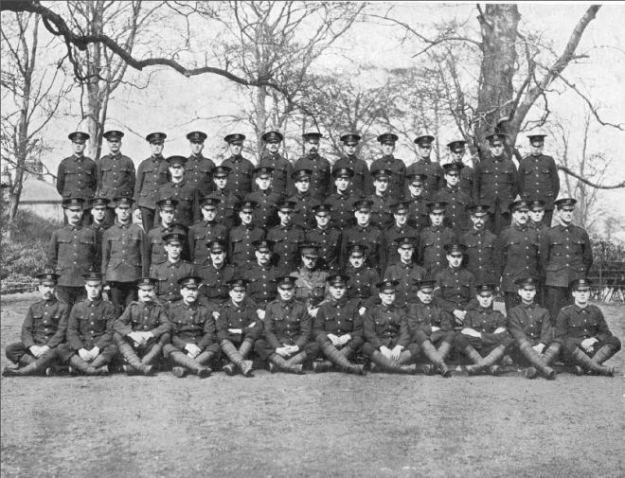 XX Platoon Photo in Spring 1915. Individuals are not identified. Courtesy Book of Honour

Percy Grundy was one of the 17th Battalion casualties who has not been readily apparent in records, being shown as serving in the Labour Corps or 3rd Battalion Manchester Regiment.
Percy died on 1st February 1919, aged 42. He is buried in COLOGNE SOUTHERN CEMETERY with the inscription “At Rest” paid for by his father. This post remembers Percy alongside other Pals in the 2nd City Battalion.

CWGC records show Percy served with 3rd Battalion Manchester Regiment and transferred to (432349) 212th Area Employment Company, Labour Corps. This was part of the Army of occupation, formed as a condition of the Armistice. His Victory & British War Medals were issued to Labour Corps roll but the 1914/15 Star was issued on the 17th Manchesters roll, noting arrival in France on 25th December 1915. Neither Medal Roll…