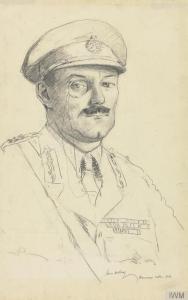 In Mid July 1916*, Arthur Bell attended a speech by the CO of 30th Division.  The survivors who remained on duty after the assaults on Montauban and Trones Wood were apparently unimpressed with the General’s exuberance for further action.

“About then there was a Divisional Parade and we were addressed by the General  – “You have behaved so well that you deserve the finest rewards the good troops can have, we are going to reward you by sending you back into the line again”!…… (What, no cheers!)” (1)

90th Brigade War Diary includes a summary of the speech:-

Commanding 30th Division. “General Steavenson, Officers, Non-commissioned Officers and men of the 90th Brigade. I take this earliest possible opportunity of expressing my thanks to you and my pride.
You were asked to take Montauban and you took it. You were asked to take Trones Wood and you took it.
I sent you into the first action an untried Brigade. You came out of it with, what is most dear to a soldier, a good name and a reputation. I sent you in with confidence. I shall send you into the next action with even more.
I will tell you of the rule which has been followed by Divisions with many casualties. A Division which has suffered heavily has been pulled out and sent North to make room for another Division. Believe me, I desire to cast no slur on other Divisions when I say that this order has been followed and Divisions which have suffered as heavily as you have been pulled out and sent North.
But the Corps Commander says that he cannot and will not do without you and the Commander of the Fourth Army has promised me faithfully that he will send us into the fight again. This is the highest compliment which could be paid to you as soldiers.
I wish I could recite to you the deeds of the Battalions. How the 16th and 17th Manchesters backed and supported by their gallant comrades the Scots Fusiliers took Montauban and held it, now the Scots Fusliliers, when it came to their turn, took Maltz Horn Farm and though it was nothing. An how the 18th Manchesters with the increasing devotion worked for them. And how later in their turn they shewed that they could fight.
I took the Commander of the Fourth Army yesterday that is he wanted any place taken and held, we, the 30th Division, would take it and hold it.
A great compliment has been paid you by the Commander of 39th Trench Division of the 20th Corps who were on our right both in Montauban and Trones in a message sent to the Fourth Army.”

*16th Bttn War Diary notes the speech taking place at Daours on 14th July.  17th Bttn were also billeted in Daours on this date and probably attended at the same time.